Albanians are losing trust in the justice reform 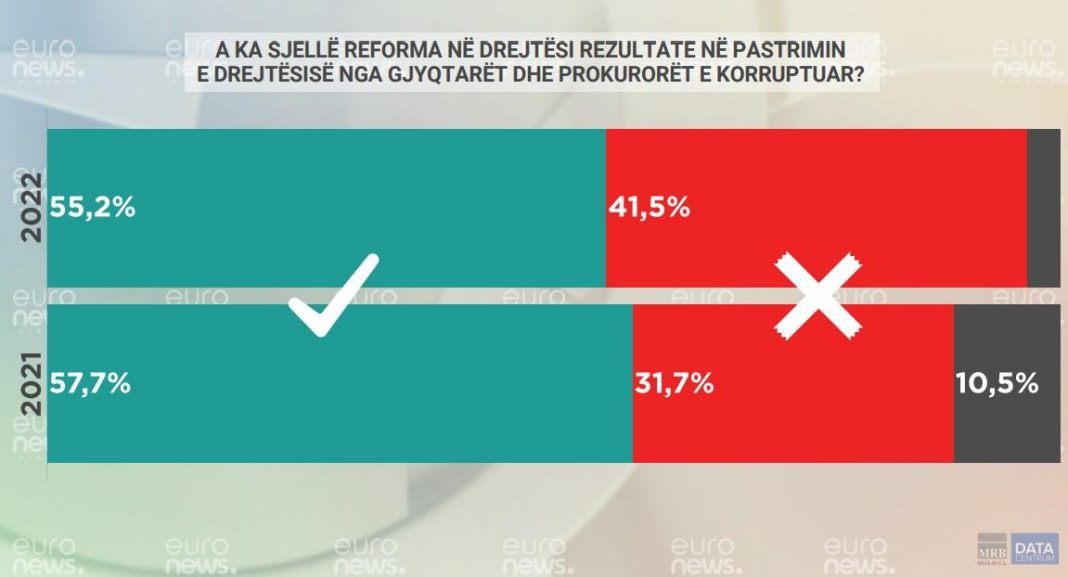 The number of Albanian citizens who see any positive and concrete results from the justice reform has gone down.

Even though the number of citizens who believe that the reform has been positive has gone up, when asked more precisely about what they think of the achievements made so far, more Albanians were pessimistic this year compared to Barometer’s results in 2021.

Fewer Albanians think that today, the reform has cleaned the justice system of the corrupt (55.2%) compared to a year ago (57.7%).

Fewer Albanians (38.9%) also believe that the justice reform has produced results when it comes to the conviction of corrupt politicians compared to a year ago (45.1%).

The number of citizens who believe that the justice reform has produced positive results in the areas of organized crime is lower this year (44%) compared to a year ago (50.6%).

3 in 5 Albanian citizens (60.9%) think that the justice reform hasn’t resulted in more independence for prosecutors and judges from the political system.

Findings were retrieved from a poll carried out by Euronews Albania’s Barometer in collaboration with MRB and Data Centrum by conducting 1000 in-person conversations on a nation scale from May 23 – June 4.