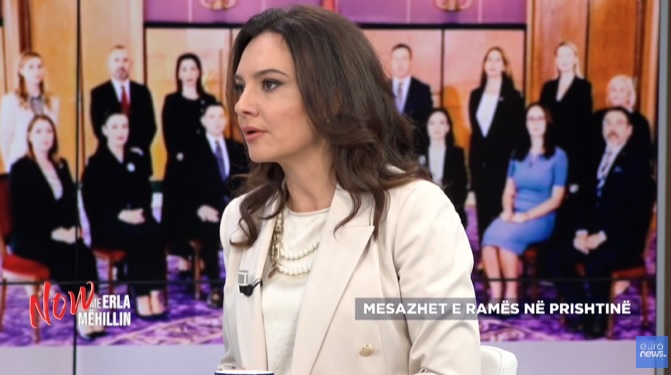 The Minister of State for Relations with the Parliament, Elisa Spiropali said on ‘Now’ that its support for Kosovo, not only for the official recognition of the state of Kosovo but creating cohesive policies, is incomparable with any other country.

Spiropali said that Serbia’s power show at the border was ‘unnecessary’ and ‘harmful’.  According to her, in this case, there is no need for mediation by Prime Minister Rama ‘as Kosovo is clearly on the right.

“Mediation occurs where there is reasonable doubt that justice is not fair on one side. In this case, we think that Kosovo is right. Reciprocity is needed for agreements reached between Kosovo and Serbia. We believe that Kosovo is in its right and is acting legally through the Kosovo Police. There is no unnecessary demonstration of force. The opposite is happening from Serbia “, said Spiropali.