Ambassador Kim: High-ranking officials can no longer rely on immunity 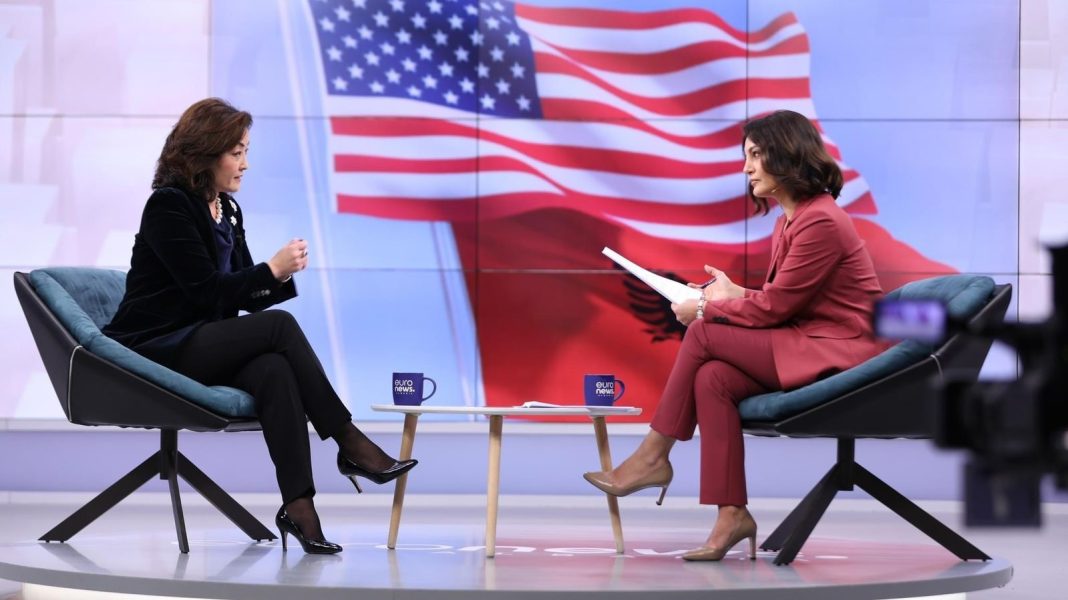 The Ambassador of the United States to Tirana, Yuri Kim, said that Albanian citizens deserve to benefit more from the justice reform.

Therefore, the ambassador acknowledged some of the criticism as ‘fair’ adding that citizens should continue to exert pressure on the newly founded judicial institutions.

“I think that those who criticize the implementation of the justice reform raise some rightful points and I think that part of the process of such a sizable reform is to listen to the criticism”, said Kim.

In regards to accusations of a politicized and corrupted vetting process, Kim said that this year should serve to look into thee claims in order to ensure that the “criteria are applied in a rightful and rational way”.

The US Ambassador also noted that there are various forces at play working to halt the implementation of the reform.

“I think that many people feel comfortable and think that they wish that they roll back the time so it was just like before where there is impunity and no accountability. You can take bribes and nothing will happen to you. This will change soon. It is changing”, added Kim.

In response to allegations that people in power are not being investigated, the ambassador said that SPAK is doing its job and that high-ranking officials “can no longer rely on their immunity”.

“I think that those who are in power, senior officials, have an extra duty to ensure that they abide by the law. And if they are called to account for breaking the law, then they should not be surprised and they should not expect immunity”, said the US Ambassador.

During a press conference, PM Edi Rama spoke about the ongoing work of the Special Anti-informality Unit, while also declaring that the publication of...
Read more
Albania

This morning, the former US Secretary of State, Mike Pompeo, was presented with the honorary title, Honoris Causa, by the University of Tirana. “It’s a...
Read more
Albania

Number of graduates drops by 2.2%, says expert while listing causes