Andi Bushati on Pfizer’s CEO: He speaks highly of Rama because he’s a client 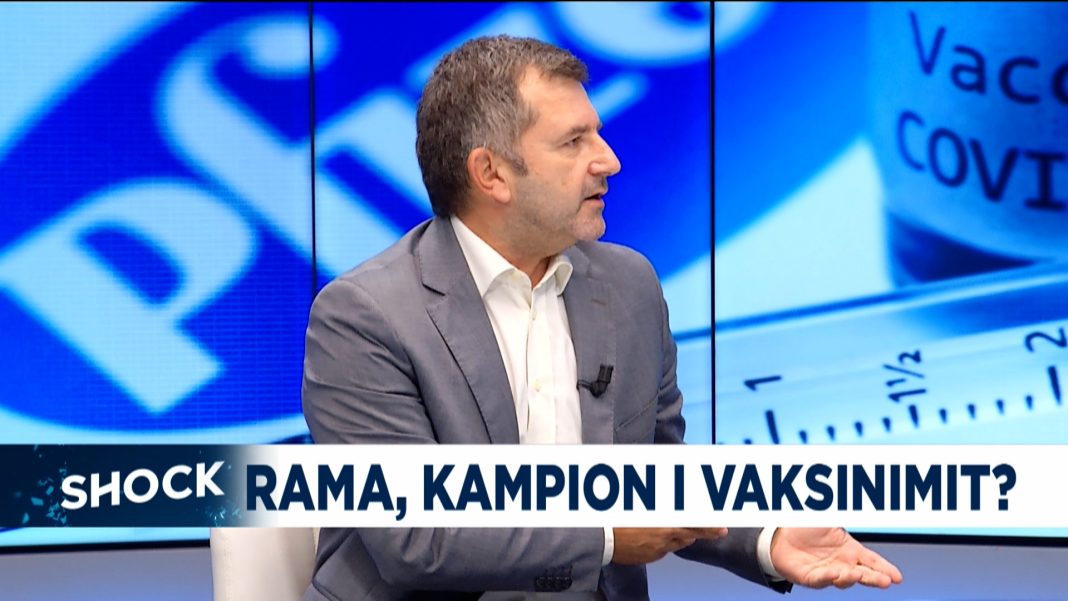 The Chief Executive Producer of the American pharmaceutical company Pfizer Albert Bourla was on a visit to Albania on Monday. Bourla had a positive tone when speaking about Albanian Prime Minister Edi Rama, stating that he was impressed by the vaccine strategy in the country. But analyst Andi Bushati was skeptical of his view.

On tonight’s Shock, Bushati said that the relation between Edi Rama and Albert Bourla is like any other buyer-seller, and a “seller always treats his clients well”.

“To the CEO of Pfizer, Rama’s government is a client. Rama decides how many vaccine doses to get from him and obviously he will speak so highly of him”, argued Bushati.

The analyst continued his critic by saying that the main thing in Albania is dealing with propaganda and oratory, instead of looking at facts.

“We look at oratory, not at facts. In a country where the real COVID death figures are concealed, where there is no transparency over the economic aid allocated during the pandemic, even the vaccination camping will be sold as a success story”, Bushati said.

But Baton Haxhiu does not see it as a simple buyer-seller relationship, adding that the issue at hand is over vaccines, something that has saved countless lives.

“It’s not about selling and buying, but it is about an institution that has saved millions of human lives”, said Haxhiu.