Today, Euronews traveled to northeastern Albania, at the county of Dibra. With a population of around 177,800 inhabitants, Dibra is widely known for its natural gems and cuisine.

But for those who prefer adventures, a good way to start the journey to our 6 recommended destinations would be from the old road, which offers a breathtaking view of Albania’s tallest mountain, Korabi.

Below, 6 destinations you can’t be missing if you go to Dibra and like adventures.

Cape of Measure (Kepi i Matjes) 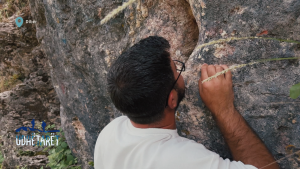 Legend has it that locals, in order to learn if time had come to tie the knot, would hike all the way to the so-called “Cape of Measure” and if their nose would reach the designated spot, then they could marry, and if not remain celibate.

The canyon of Seta starts at the estuary of the Seta river, where it connected with the Black Drin river and end at the lakes of Lura. The Soponika cave is part of this canyon and has been recognized as a natural monument. The longest distance even crossed by humans is 800 meters, but it is believed that the cave, which is recognized for the golden hues of its stalactites and underwater crossways, goes way further than that. 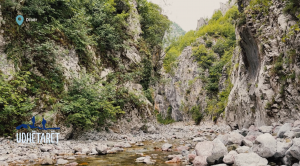 If you walk along the right side of the Canyon, which extends to beyond 3 kilometers, you reach the beautiful Lura and its crystal-clear lakes, as well as the castle of Albania’s national hero, Skanderbeg.

The National Park of Lura in northeastern Albania covers an area around 202 km squared and has been recognized as a protected site since 1966, because of its varied ecosystem and biodiversity. Lura is found on the east of the mountain by the name of “Kurora e Lures”, or the crown of Lura. The park can be visited by following the rural road of the city of Peshkopia – Fushe Lure. Something that is definitely worth mentioning is the saying by the famous Albanian writer, At Gjergj Fishta, who once said that “Whoever hasn’t seen Lura, doesn’t know Albania”.

The seven lakes of Lura are known as the “Pearl of Albania”. They are glacial lakes found in the latitude reaching 1.350-1.720 meters above sea level. These lakes are found on an area covering around 1.280 hectares and amongst them there are other smaller lakes like the: Pine Lake, the Black Lake and the Lake of Flowers, which all together make up the 12 lakes of Lura. In winter these lakes are covered in ice and it is also said that their water possesses many curative abilities.

37 kilometers from the city of Peshkopia, Radomira is one of the 100 most beloved touristic villages. Radomira is found on the foot of the tallest mountain in Albania, the mountain of Korab. This village is surrounded by pine trees and many different water springs, one of which that is definitely worth visiting being the “King’s fountain”. In Radomira you can find many guesthouses and inns that offer a variety of traditional dishes from the region of Dibra that will leave you pleasantly surprised.