Unpublished dives into two of Albania’s most notorious cold cases 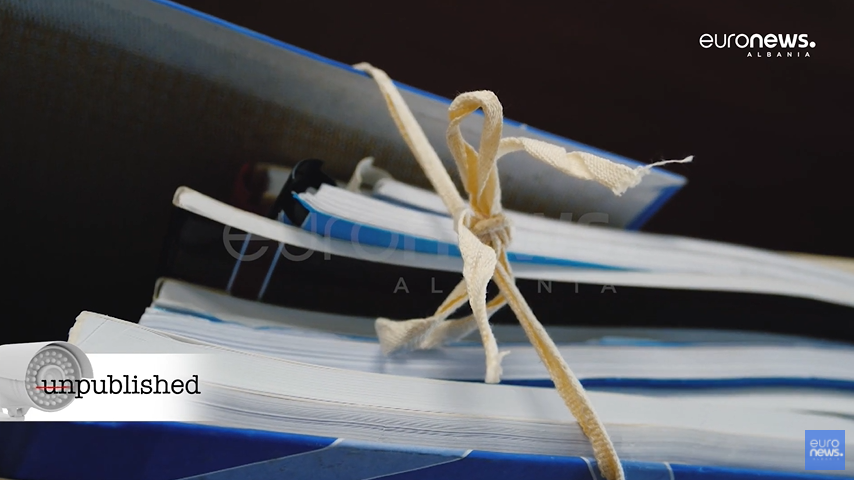 Albania has a myriad of unsolved cases. Unpublished, a weekly investigative show produced by Euronews Albania, dealt with two highly sensitive cases, whose authors have yet to be named.

One is over the murder of Socialist MP Fatmir Xhindi, and the other is the mob-like car bombing of Vlora judge Skerdilajd Konomi, both shelved at the Prosecution Office of Fier.

In 2011, a strong explosion rocked the city of Vlora, after a bomb planted in the car of Skerdilajd Konomi’s wife exploded shortly after he got into the car, leaving him dead on the scene.

At the time, prosecutors focused on two possible scenarios; he was murdered due to his post, or due to property conflicts.

The 35-year-old had been working as a judge for around 5 years.

Fatmir Xhindi was killed in 2009 very close to his home, in a crime that shook public opinion as the victim was an MP, and it took place on the brink of the elections.

His brother says that before the murder, Xhindi had visited his hometown where they also own several properties.

The person that pulled the trigger was never found, while the prosecution based their investigation on three potential motives: property conflicts, jealousy, or revenge.

The Prosecution said that they did not have any evidence which might lead to finding the perpetrator, hence dropped the case in 2020.

“We’ve been promised many times that they’ll find out the truth, but nothing until now”, says Ilir Xhindi, the victim’s brother.

“Scientific evidence is needed, alibis or statements released afterward are not enough. Scientific proof that sheds light on the truth, and not evidence that casts even more doubts”, said Meminaj.

Xhindi’s family point their finger toward politicians, blaming them for hampering the investigation.

“He would leave his problems at work. From what we’re aware of, de didn’t have any conflicts. We believe that the state is involved and they don’t want to shed light on the case”, says Mrs. Xhindi.

“In its eight years of governance, the party that we endorse (Socialist Party) did not do anything, and that’s why we say that we don’t trust any political side. Killing him on the doorstep was a clear political message of those in power at the time, so as to say that’s what happens when you mess with us”, said the brother.

The number of unsolved cases has increased over the past three years. In 2020, over 8,000 suspects involved in various crimes were being investigated, a 15% rise from 2019.

Jurist Bledar Meminaj suggests that the problem can only be solved if a special body, tasked to probe into all cold cases, will be formed.

“We’re missing a special institution, be that near the state police or prosecution, which will be tasked to deal with suspended cases only”, he said.