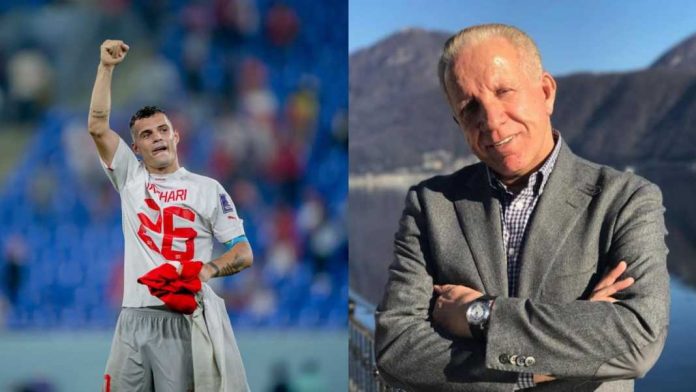 The businessman Behgjet Pacolli declared that if Granit Xhaka is punished because he wore the shirt with the surname Jashari at the end of the match with Serbia, then he himself will personally pay the fine.

“If the name Jashari worries FIFA or the world and Granit Xhaka is punished for using this holy name after the match, I will personally pay that fine, on behalf of the Albanian people,” Pacolli wrote on his Facebook page.

The businessman said that he had shared the news with the footballer as well, while he wished the Swiss national team good luck in the next match against Portugal.

Granit Xhaka wore the jersey of his friend Ardon Jashari at the end of the Switzerland-Serbia match. Of course, the surname Jashari on the jersey was given a political connotation, which the footballer denied.

He said that he wore the jersey out of respect for his friend, however, this has not prevented Xhaka from being the center of criticism.

“The association leads Kosovo to war”, Ramabaja: It is a time bomb

Kurti: I was not invited to the meeting of the US Embassy for the Association