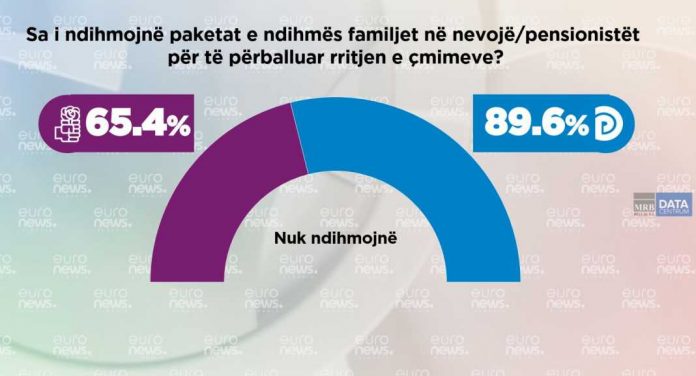 Not only the opposition, but left-wing voters also think that the aid packages given by the government do not serve families in need and pensioners (65.4%), while 89.6% of those who believe that the measures are insufficient are right-wing voters.

While among those who think that the government has done as much as it could, left-wing voters predominate with 63.7%, while only 10.7% of right-wing voters agree with the statement.

What stands out from this poll’s findings, however, is the fact that Albanians don’t even trust the opposition.

While 22.4% have not expressed an opinion about the opposition, answering they don’t know. 73.8% of those who think they would not be effective are voters of the Socialist Party. While among those who believe that they would be effective, right-wing voters predominate, with 72.6% of respondents.

Albanians believe that the country should be run by young people