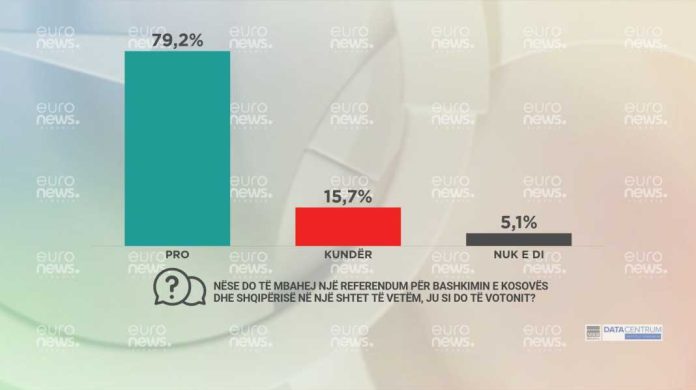 Four in five Albanians (79.2%) would vote in favor of unifying with Kosovo and become a single state, if they were to be called to vote in a referendum today.

Euronews Albania Barometer also revealed that only about 16% of Albanians are against unification.

A predominant majority, over 90%, think that Albania and Kosovo are one nation. 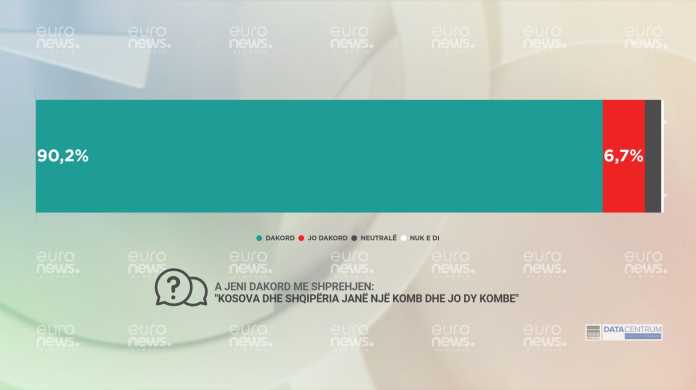 However, less than half of the population believes that unification could occur within ten years. 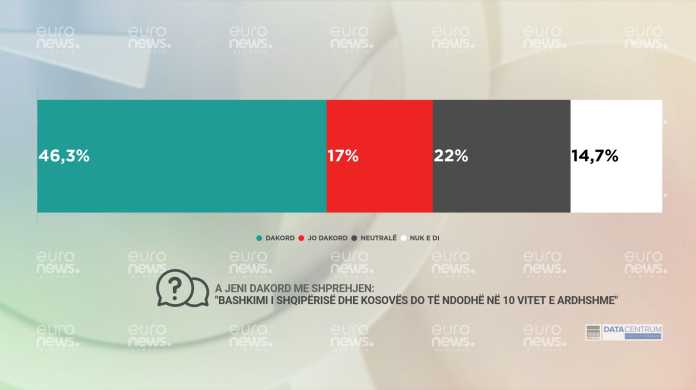 In addition, 70% of Albanians believe that Tirana should be the capital in case the two states become unified.

What do Albanians believe from what they have been told about the energy crisis?

Only 5.5% of Albanians are affected by the 800 KW price band

Albanians are not informed about the way the budget, taxes and local fees are determined

Behgjet Pacolli: If Xhaka is punished for the Jashari shirt, I...

Primaries, Kellici: Innovation not only for DP, but for all of...

Bogdani: Today we vote for those who can bring change to...