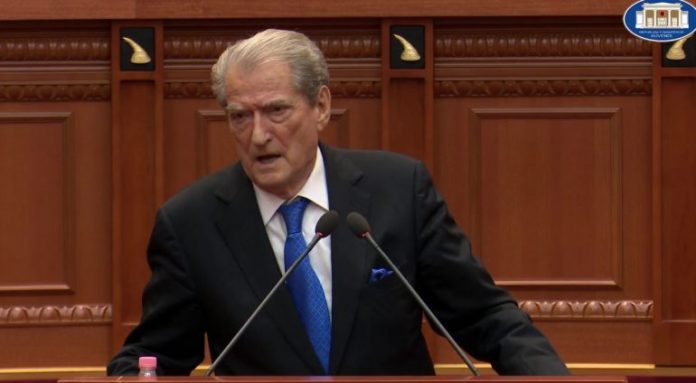 Head of the Democratic Party, Sali Berisha, during his speech in the Parliament, said that Prime Minister Edi Rama is a follower of the Serbian president, Aleksandar Vucic.

Berisha also claimed that the true flag of Rama’s government is the Serbian flag.

“Today we vote for the European flag, but this government and its leader have the Belgrade flag as their real flag, and Belgrade is their real capital. In 2013, Edi Rama, as if Enver Hoxha had risen from the grave, ran impatiently towards Belgrade, but in 2010-2013 there was an intense process between Prishtina and Belgrade. Rama put himself in the service of his master,” claimed Berisha.

Journalist talks about SPAK’s next move: This time, it will strike ‘left’

Boraj: The Franck Muller watch with the portrait of Skanderbeg may have been commissioned