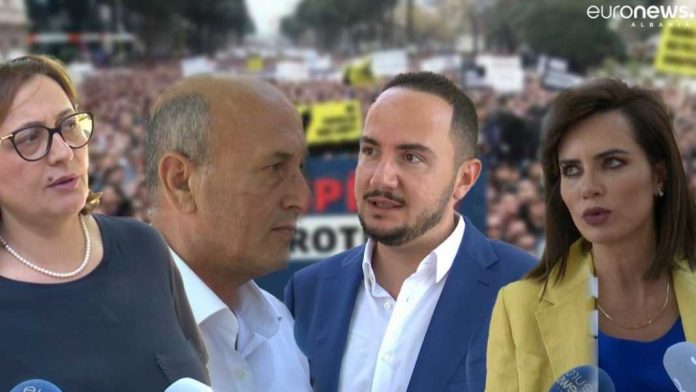 The July 7 protest will be the first test for Sali Berisha as the head of the Democratic Party in seeing how many people will respond to his call for anti-government protests.

Another aspect that will be put to the test is whether Berisha will be able to bring together other disgruntled Democrat MPs.

Although divided for about 10 months, Democrat MPs join forces when it comes to taking the street to raise their voices.

“All Democrats need to be involved in this peaceful protest”, said MP Kasem Mahmutaj.

“Everybody must come to the protest, regardless of who’s calling it. In the wake of increased prices, we need to push strongly for the July 7 protest”, said MP Ervin Salianji.

“There are countless reasons why we need to attend a protest against Edi Rama”, emphasized Dhurata Çupi.

“Firstly, I think it needs to serve as a moment of clarity. The hierarchy of the party mustn’t reflect on Democrats and causes that bring them together”, said MP Grida Duma.

Even those who were against Berisha in recent months have come forward to endorse the protest.

Berisha announced a few weeks ago a nationwide anti-government protest.