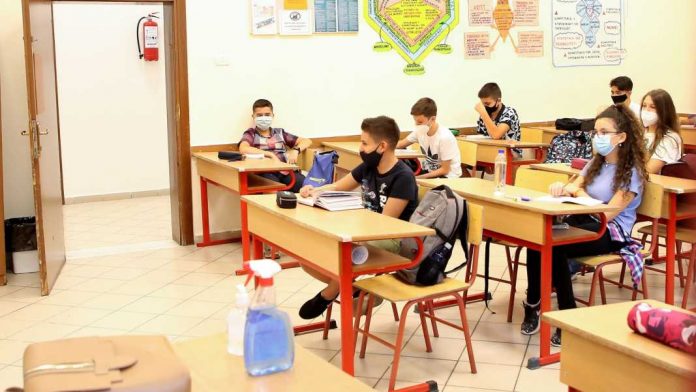 A study conducted by the State Statistical Office of the Republic of North Macedonia in cooperation with UNICEF revealed worrying data showing that more than half of second-grade pupils lacked basic reading and writing skills.

According to the study carried out from 2018 to 2019, only 45% of second graders could read fluently 90% of the words in a given text, and could only respond to three fundamental questions based on what they had understood from the text.

The situation was even more concerning when it come to math.

Only 26% of second and third graders possessed basic math skills, such as reading and making a differentiation between numbers, or a simple adding and solving math schemes.

Some of the main factors behind these concerning figures are low attendance rates, massive use of social media, lack of well-trained teachers, a limited amount of time spent in school but also parents.

“The results presented recently were quite shocking due to the level of reading, writing, and counting. PISA test results show a slight improvement in the recent years but nevertheless, data on North Macedonia are clearly lower compared to other OECD states”, said the deputy representative of UNICEF in North Macedonia, Artur Ajvazov.

Burbuqe Qerimi, a primary school teacher, listed several factors that have led to the current state of education in the country.

“Children have a vacuum in reading and this worrisome for young generations. This vacuum is not new but comes year after year and we have not been able to find out the main problem, or we can’t tell whether there is a single factor. One of the reasons is continuous technological development which is impoverishing learning among students”, claims the teacher.

Substituting textbooks with digital ones, a process being applied for fourth graders, is becoming a challenge for all those students who cannot afford to buy electronic devices.

“It’s bad. I like books. It is easier for them to learn through textbooks. Laptops may cause eye damage and they don’t learn that well. But with books, they can take notes and expand their learning. It’s also a bad thing because many cannot afford to buy one”, says Rina Tusha, a fourth-grade student.

But according to the education minister Jeton Shaqiri, the study is outdated as it focuses on 2018 and 2019 levels, however, vowed to use the UNICEF study as an incentive on future education policies.

“We’re talking about an analysis from 2018 and 2019, however, I gave out directives to carry out a thorough analysis on the findings in order to have a guideline and achieve better results”, said Shaqiri.

“We can only contribute for further improvements. We didn’t even have online learning during that period so what matters for me will be the 2022 assessment”, he added.

N.Macedonia, student receives threats: They don’t want me to open up a library with Albanian books

Journalist reveals which one of the Albanian leaders in N.Macedonia refused Rama’s invitation to dinner